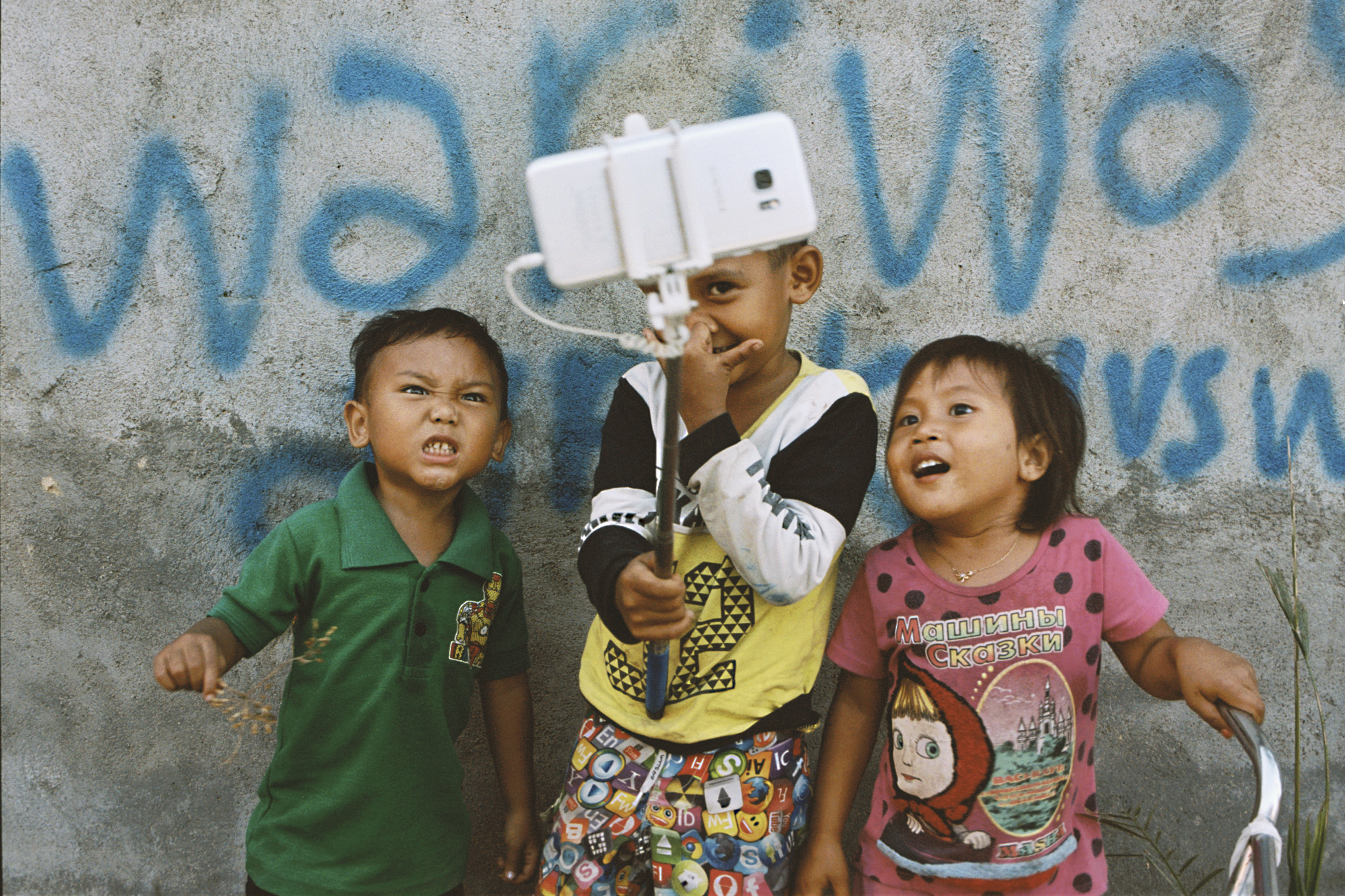 The project "Bali's playground" consists of 20 shots in color film 35 mm. In order, the 20 pictures were all taken in the island of Bali, situated in the republic of Indonesia. "Bali's playground" is a documentary portrait of the Indonesian area of Bali's island  that highlights various contemporary issues such as urbanization along with technological and environmental pollution. The urbanizations issue includes an overgrowth of the population where suburbs extend excessively and are built all around the original urban centers, causing greater comutes. The economic growth along with the arise of technology has led to the appearance of a certrain level of consumerism  that influenced younger generation. The series captures the timeless semplicity of children's games despite the impact that the new technologies have on younger generation.